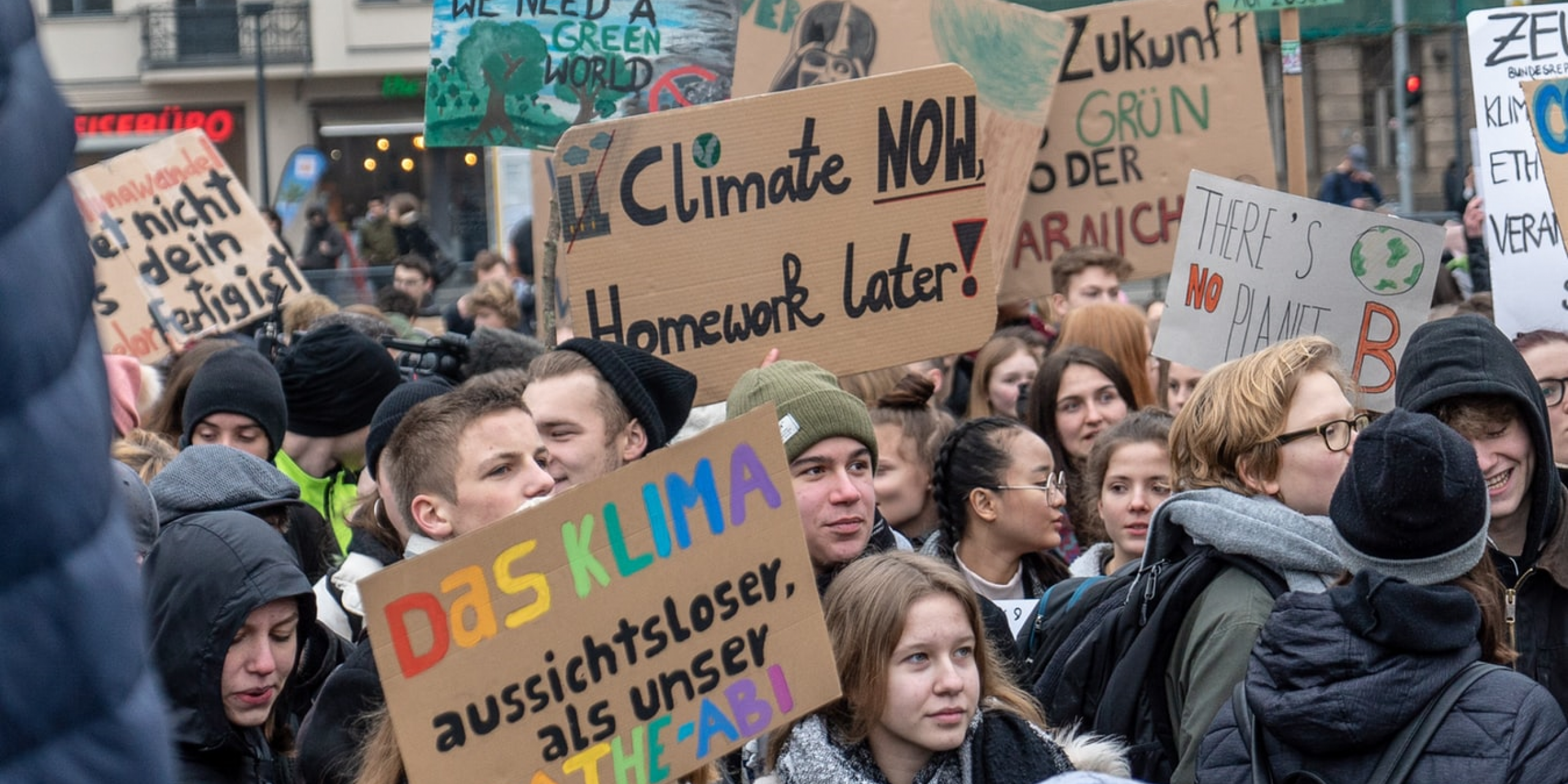 In just a year, battling for the climate has become a global, public movement. Every Friday, young people around the world come together to demonstrate on behalf of the climate and their future. It’s been named ‘Fridays for future’. And behind it all is a young, Swedish teenager whose name you probably know by now.

A hand-painted banner, a yellow raincoat, a purple backpack, and a great amount of determination and persistence. When then 15-year-old, Swedish Greta Thunberg decided to skip school on Friday the 20th of August 2018, this was her kit. On the banner was “Skolstrejk för klimatet”, meaning “school strike for climate”, her destination was outside the Swedish parliament, and her purpose was to convince Swedish politicians to act radically on climate change. On Friday the 20th of August, Greta was alone. She skipped school against her parents’ will, her schoolmates declined in joining her, and people passing by the then unknown girl probably felt more pity than inspiration.

Today, Greta is not alone. Thousands of people around the globe have joined her - and her hand-painted banner has been translated into multiple languages. She met with presidents and billionaire entrepreneurs, and she’s nominated for the Nobel Peace Prize. Since Greta first skipped school a little more than a year ago, the pigtailed teenager has become a role model for an entire generation and the face of a global movement.

​The movement has been named Fridays For Future. The organization arranges strikes all around the world, from Argentina to India, Canada to Italy, Mexico to New Zealand, making it impossible for Greta to attend every single demonstration. But make no mistake, she is the indisputable figurehead of the movement. When the youth of Italy takes to the streets to strike for the climate it is with portraits of Greta on their banner, and when the young people of Canada protest for climate, they do so with banners quoting Greta.

52. That’s how many Fridays there’s usually in a year. Since devoting her Fridays to climate strikes, Greta has only missed out a couple of times. It’ll be interesting to see how many future Fridays Greta will spend on the cobblestones in front of the Swedish parliament, and if the growing organization will take some of the load off her back, so she can get back to school – or if being a climate commander will become – or remain, one might argue - her full-time job.