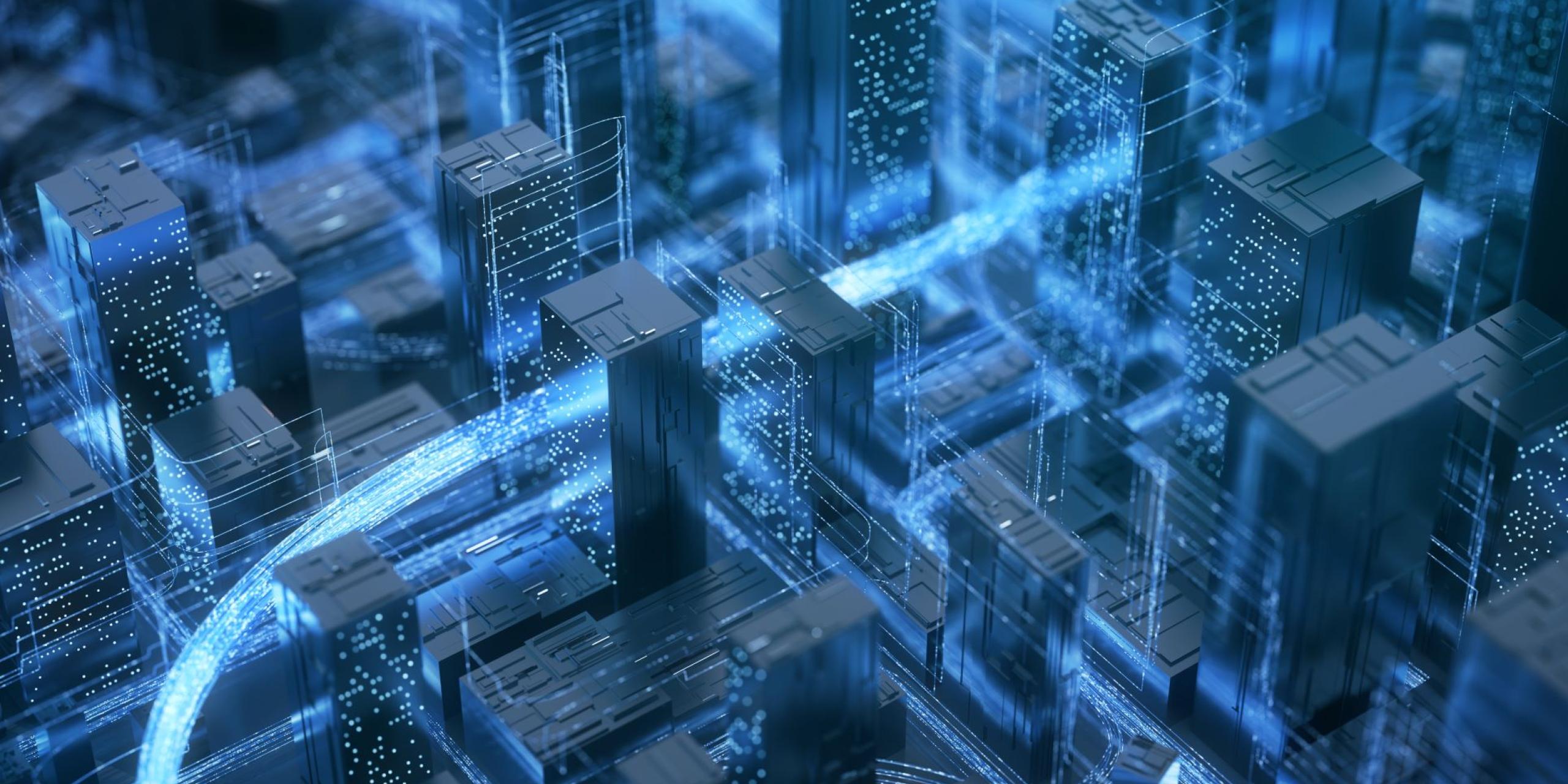 Every year, The UN E-Government Survey ranks the 193 member states by their level of E-government development. This year, in 2022, one Nordic country topped the list for the third time in a row. This country’s success with governmental digitalization comes down to its history of handling citizen data, but also from something that has more to do with cultural DNA than tech. That country is often highlighted as a textbook example, a source of inspiration; that country is Denmark.

As the use of online services is rapidly spreading concurrently with global digitalization, countries are developing strategies to increasingly provide digital public services – allowing people to apply for licenses, pay fines and submit taxes without waiting in line. This digitization of governments has been coined ‘E-government’ and could play a crucial part in creating worldwide sustainable development.

In the UN E-Government Survey, LI Junhua – the Under-Secretary-General for Economic and Social Affairs – stresses that this moment is a critical time to focus on E-Government, as there are only eight years left to reach the Sustainable Development Goals (SDGs). The E-government survey demonstrates that digital technologies have allowed governments to play a key role in handling these challenges, especially in the fight against the pandemic. According to the survey, 90% of the UN member states established dedicated portals to address public services related to the pandemic.

As the benefits of e-governments are discovered, the UN emphasizes the importance of sharing technologies and knowledge between countries, creating a better and more sustainable future for the world as a whole. Hence, it’s crucial to study the practices of the countries with the best-performing E-governments.

What constitutes a successful E-government? – The case of Denmark

In the study ‘Digitalized Public Services: The Present Situation in Turkey and The Case of Denmark’, the digitizing methods of Denmark are studied and compared with those of Turkey to assess the differences in applications between two E-governments with different levels of development.

Concludingly, the researchers present three main requirements for the development of a successful E-government:

These three requirements are inspired by Denmark whose history of public digitization started in 1968. And it’s not uncommon for the world to look towards Denmark for inspiration on how to succeed in digitalization.

In 2022, the Danish capital, Copenhagen, topped the Digital Cities Index by Economist Impact – the combined think tank and media brand set out to engage an influential global audience. Besides being the world’s most connected city, the report also stressed that: “Denmark recently topped the European Union Digital Economy and Society Index, covering factors such as the public’s use of digital technology to interface with public services.”

Both the Nordics and the Baltic countries are amongst the most digitalized and innovative regions in the world, and so a cross-border council of ministers for digitalization (MR-DIGITAL) was established.

In 2017, along with the rest of the Nordics, Denmark entered a cooperation with the Baltic countries. The Nordic and Baltic ministers signed a declaration committing them to step up their digitalization efforts – nationally and across borders. Both the Nordics and the Baltic countries are amongst the most digitalized and innovative regions in the world, and so a cross-border council of ministers for digitalization (MR-DIGITAL) was established. The aim was, and still, is to promote development across three areas, including cross-border digital services and green economic growth.

To ensure development within the different areas, MR-DIGITAL is implementing several projects. Denmark takes an active part in these projects, one of them being the Cross-Border Digital Services Programme (CBDS), whose purpose is to deploy and develop cross-border digital services in the Nordic-Baltic Region.

MR-DIGITAL is an example of knowledge-sharing across borders – and a setup in which Denmark and the Nordics get to inspire other regions and vice versa.

A history of E-government

The foundation for the Danish E-government traces back more than 50 years to 1968, when the Danish government introduced a central database for every person residing in Denmark. To this day, everyone in Denmark has a 10-digit ‘CPR number’ needed to open bank accounts, access health insurance, pay taxes and receive salaries. The rest of the Danish history of E-government development can be summarized in four key points in time:

Today, about 92% per cent of the population in Denmark use their national eID in situations where it is essential to document one’s identity electronically. The digital solutions are renewed or replaced over time because of security requirements and new technology. Thus, in 2022, Denmark’s third generation eID, ‘MitID’ (“MyID”) was introduced.

The role of trust

Most people trust their friends and families, but Denmark benefits from what anthropologists call a general societal trust – meaning people also tend to trust people they have never met before. In the latest OECD ‘How’s Life?’ report from 2020, Denmark is ranked number one when it comes to trust in others – and number one in terms of the perceived integrity of the public sector.

In the latest OECD ‘How’s Life?’ report from 2020, Denmark is ranked number one when it comes to trust in others – and number one in terms of the perceived integrity of the public sector.

Rikke Hougaard Zeberg, former Director of the Danish Agency for Digital Government, believes that societal trust is a big part of why digitization of the public sector has succeeded in Denmark. In an interview with Denmark.dk, she states:

“The public sector plays a very important role in all citizens’ lives, and we have a great deal of openness and a lot of interaction with the public sector. Because of this, we have a high degree of trust in the public sector, and that trust is a fundamental thing when it comes to the digital services that the public authorities present to the citizens.” 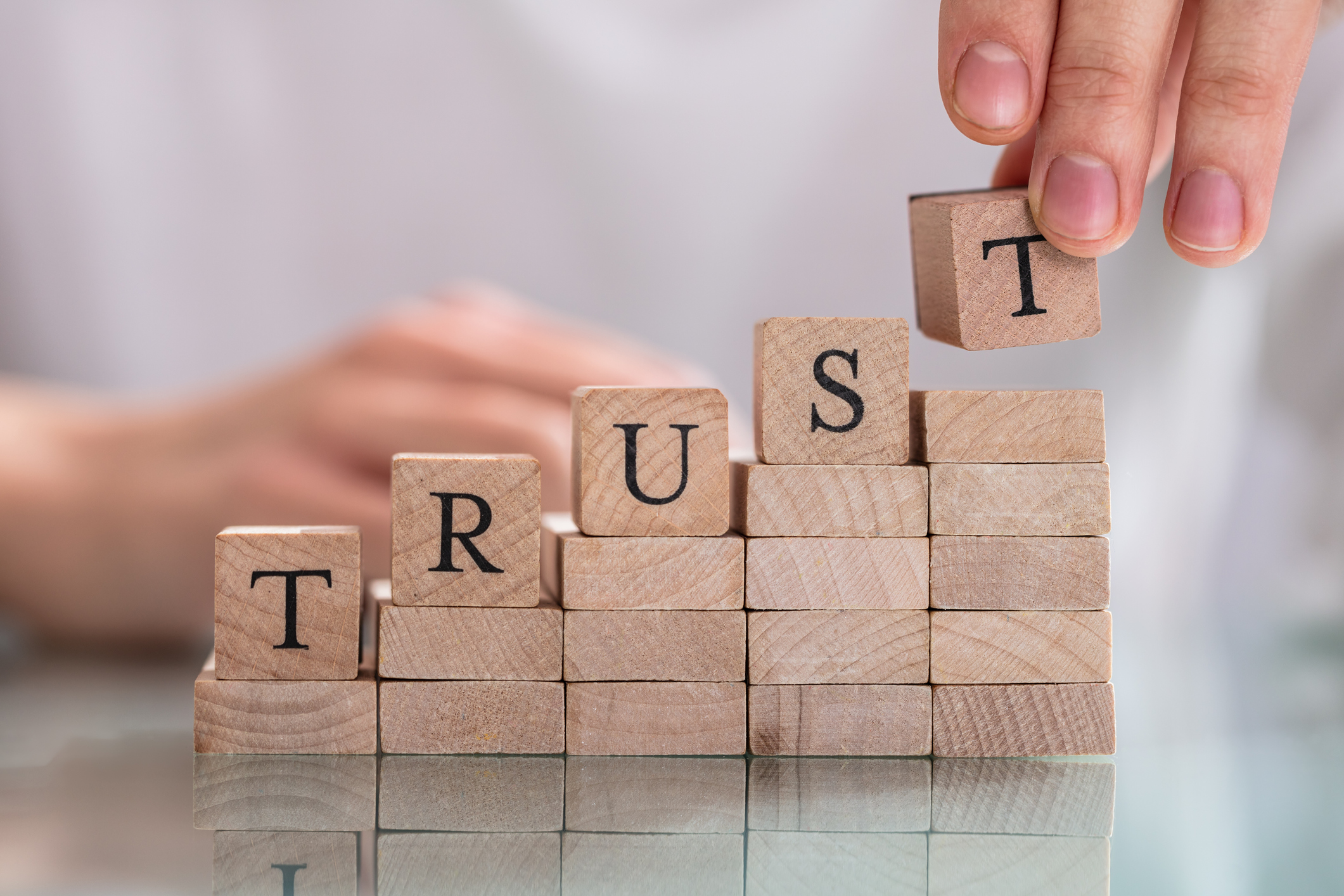 The Nordic countries are known for trust, but trust in the Danish E-government is not a given. It has been earned through reliable, secure, and functional solutions. A study from Statistics Denmark found that 91% of the citizens that accessed an authority’s self-service solutions were satisfied. Avoiding major system shutdowns has played a key role in keeping the citizens satisfied, as well as being transparent with where data is located and what it is used for. After all, privacy, security, and openness should always be prioritized over functionality, as this is how governments will remain democratic at their core, even as digitization changes the structures exponentially.

Another “but” is the well-known risk tied to another aspect of digitalization: private tech giants collecting large amounts of data on populations. With this image and the country of Denmark in mind, the name ‘Margrethe Vestager’ might come to mind. Yes, she is Danish, and she is the EU Commissioner for Competition. What she is also known as is e.g. ‘EU antitrust chief’ (Reuters) and ‘Competition watchdog’ (The Verge) – titles she has acquired for pursuing antitrust cases against Apple, Google, Meta (formerly Facebook) and Amazon. Perhaps Margrethe Vestager has come to understand and respect the “but” having grown up in a country as digitalized as Denmark?

Listen to the Nordic Talks podcast episode Big Tech’s Threat to Democracy to learn more about Big Tech – and what can be done to protect citizens’ rights as it makes its way into democracies.