On parental leave: Is ‘latte dads’ the new black? 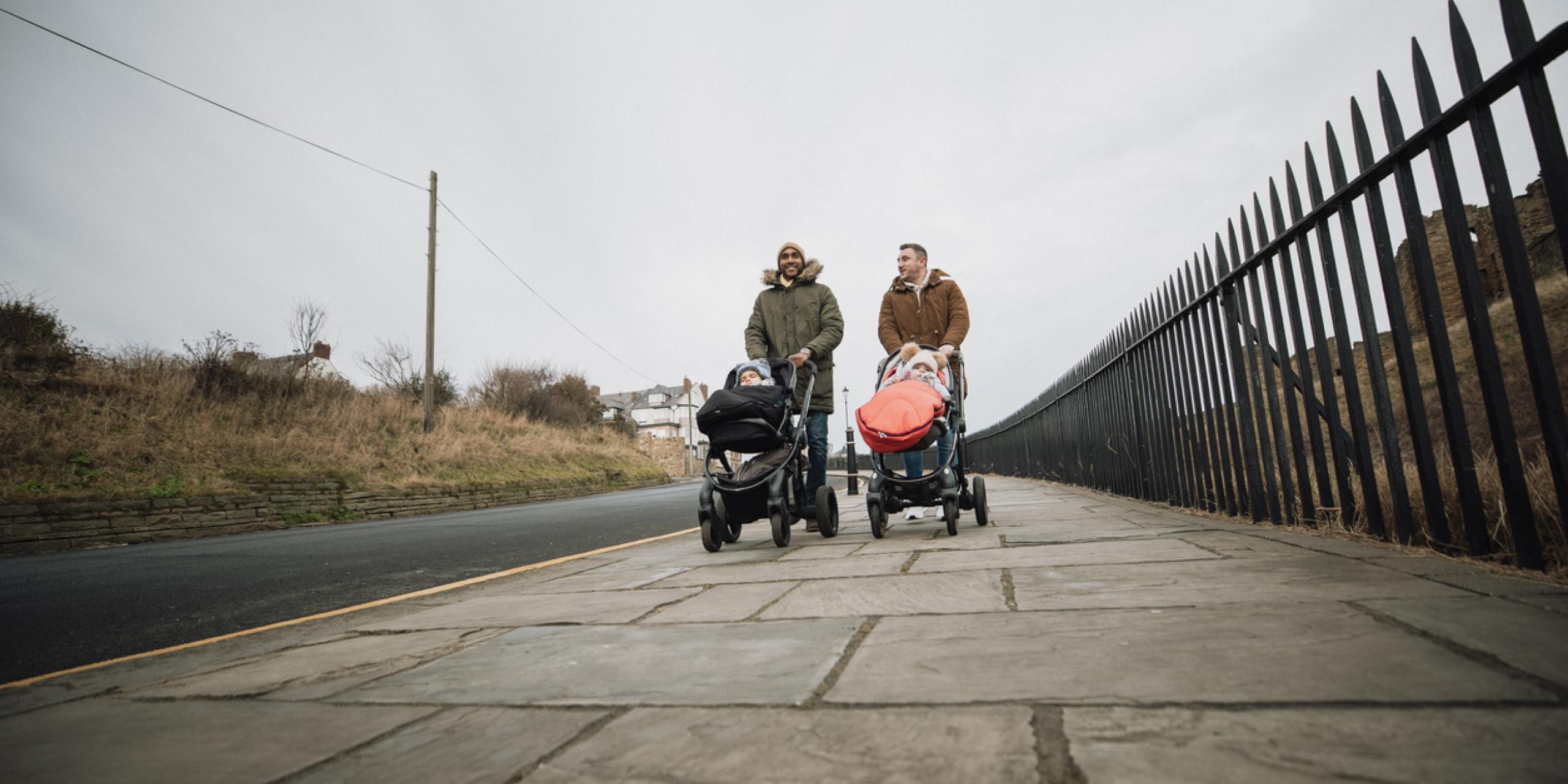 On parental leave: Is ‘latte dads’ the new black?

Taking time away from work when a little baby is born is by most – both people and nations – seen as a matter of course. At least when it comes to ‘mom’. In fact, only a few countries do not offer paid maternity leave for new mothers. But how is it really looking for the other parent – how far has the world come, who started the ‘latte dads’ trend, and what is it all good for anyway?

In Japan, fathers are offered 30 weeks of paid parental leave – which is by far the longest time of all the countries studied in a new UNICEF report. Next comes South Korea and Portugal. These are the three most generous countries regarding ‘paternity leave’ in 41 of the richest nations in the world.

You probably already know: Parental leave – or family leave – is an employee benefit available in almost all countries in the world, allowing parents time off work to look after their children. It may include maternity, paternity and adoption leave. It may even, in some countries, include leave provided to take care of sick family members. And paid or unpaid, parental leave has been available as a legal right for many years.

Created by the International Labour Organization in 1919, The Maternity Protection Convention was the first global standard for protecting working women before and after childbirth. Today, the convention calls for at least 14 weeks of maternity leave. The World Health Organization calls for 26, and UNICEF recommends that nations provide six months of statutory paid leave for parents.

But that being said … differences across countries are huge. Especially when it comes to fathers. 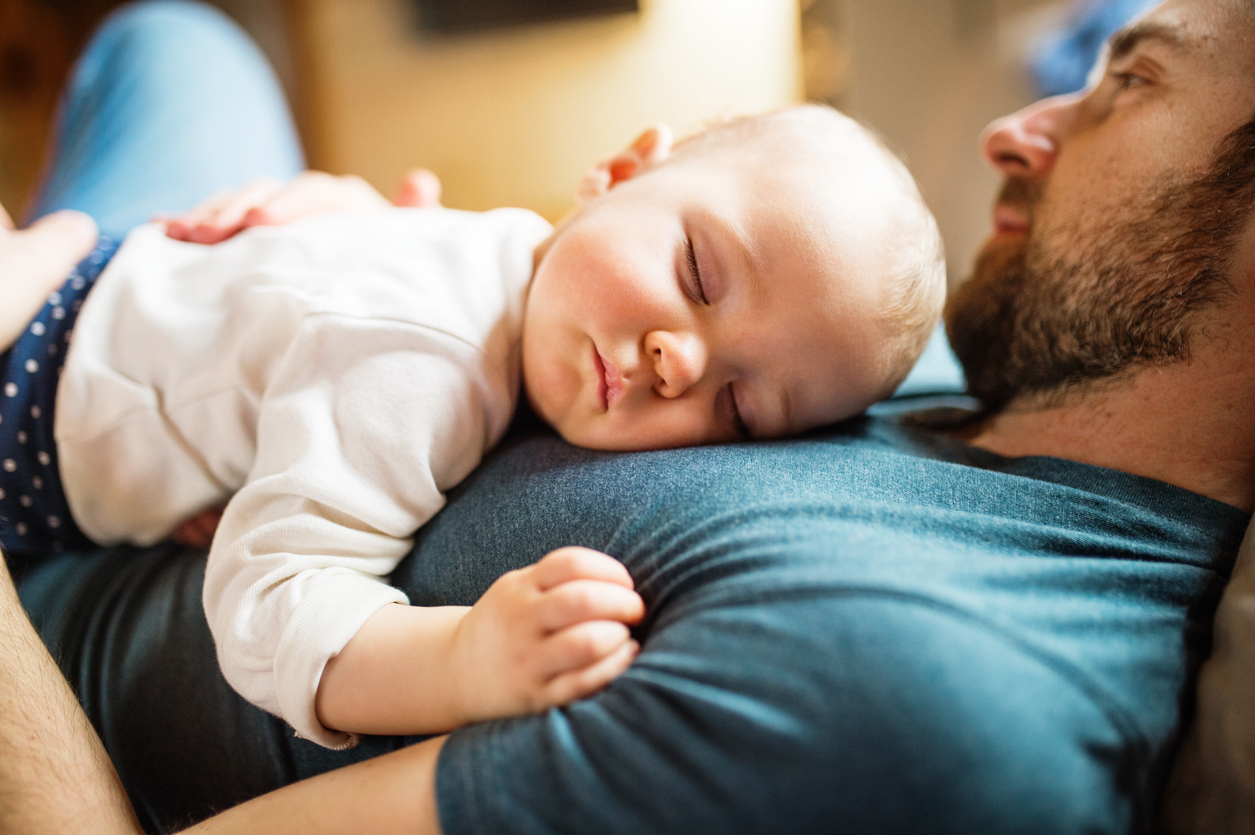 ‘Paternity leave’, as initially mentioned, refers to the absence from work granted to a father after or shortly before the birth of his child. And “dad” in this connection does – in many countries – not have to be the biological father of the child, but merely the partner of the mother. Though the average length of paid leave reserved for fathers in the OECD countries is 8.1 weeks, paternity leave typically ranges from a couple of days to two weeks globally.

While maternity leave is widely known and considered a matter of course, the paternity version is not quite as “popular”. The 2019 report by UNICEF, which analyzed legally protected leave for new parents in 41 of the world’s richest countries, found that 40 of them offered paid leave for new mothers – while only 26 offered the same for new fathers.

But access to paid paternity leave is improving. Globally, the number of countries with statutory paternity leave rose from 40 to 95 between 1994 and 2015 according to the International Labor Organization. In Finland, the male share doubled between 2006 and 2013. In Belgium, it grew by almost 10 percentage points.

Is ‘latte dads’ the new black?

According to UNICEF, Sweden, Norway, Iceland, Estonia and Portugal offer the best family-friendly policies among 31 rich countries with available data. In many countries, fathers account for less than 20% of those taking parental leave, but this number goes up to 40% or more in both Portugal and some Nordic countries. And according to Anna Gromada of UNICEF’s Office of Research – Innocenti, the Nordic countries rank the highest all categories considered.

Being the first country to make parental leave gender neutral in 1974, Sweden, in particular, is considered an example of how countries are trying to break gender stereotypes through pay policy and family leave. Here, they allow for up to 480 days of paid parental leave, provided both parents take at least 90 days each.

This policy is what has led to the phenomenon of ‘latte pappas’. Baby-wearing and stroller-pushing, Swedish dads take up their part of the townscape. And the cafés. Besides, Sweden has seen a drop in the gender gap, and it has become almost frowned upon for fathers not to take their share of leave.

In 2012, journalist Richard Orange, a British man who was raising his kids in Malmö, Sweden, wrote:

"At the free-of-charge, drop-in play group in Malmö that is my morning refuge, the pappas often outnumber the mammas. I'll find myself sitting cross-legged next to a taciturn Swedish engineer, a heavily tattooed biker, or another migrant – there's a computer programmer from Chennai – as our children play with the wooden blocks, rattles and drums."

In 1993, Norway initiated a policy change – the so-called “father’s quota”, meaning that a certain number of parental leave-days are for the father only and will be lost if not used by him. Sweden followed in 1995.

“Why encourage latte dads?” one may ask. Well, the positive consequences of shared parental leave are actually … impressive.

In countries with the previously mentioned ‘father’s quota’, e.g. Norway and Sweden, the quota has been credited for increasing fatherly involvement and shaking up the gender roles, promoting equality within the labor market and reducing discrimination against women in both hiring and the workplace. Furthermore, OECD research has shown that fathers who take care of their children at an early stage tend to stay more involved and report greater life satisfaction and better physical and mental health than those who interact less with their children. And same goes for the children; they enjoy higher cognitive and emotional outcomes and physical health.

For even though some countries are generous with their parental leave allowances, their take-up rates do not always follow suit. In Japan, for instance, where fathers are offered 30 weeks, only 1 in 20 actually used it in 2017.

To make the progress count.