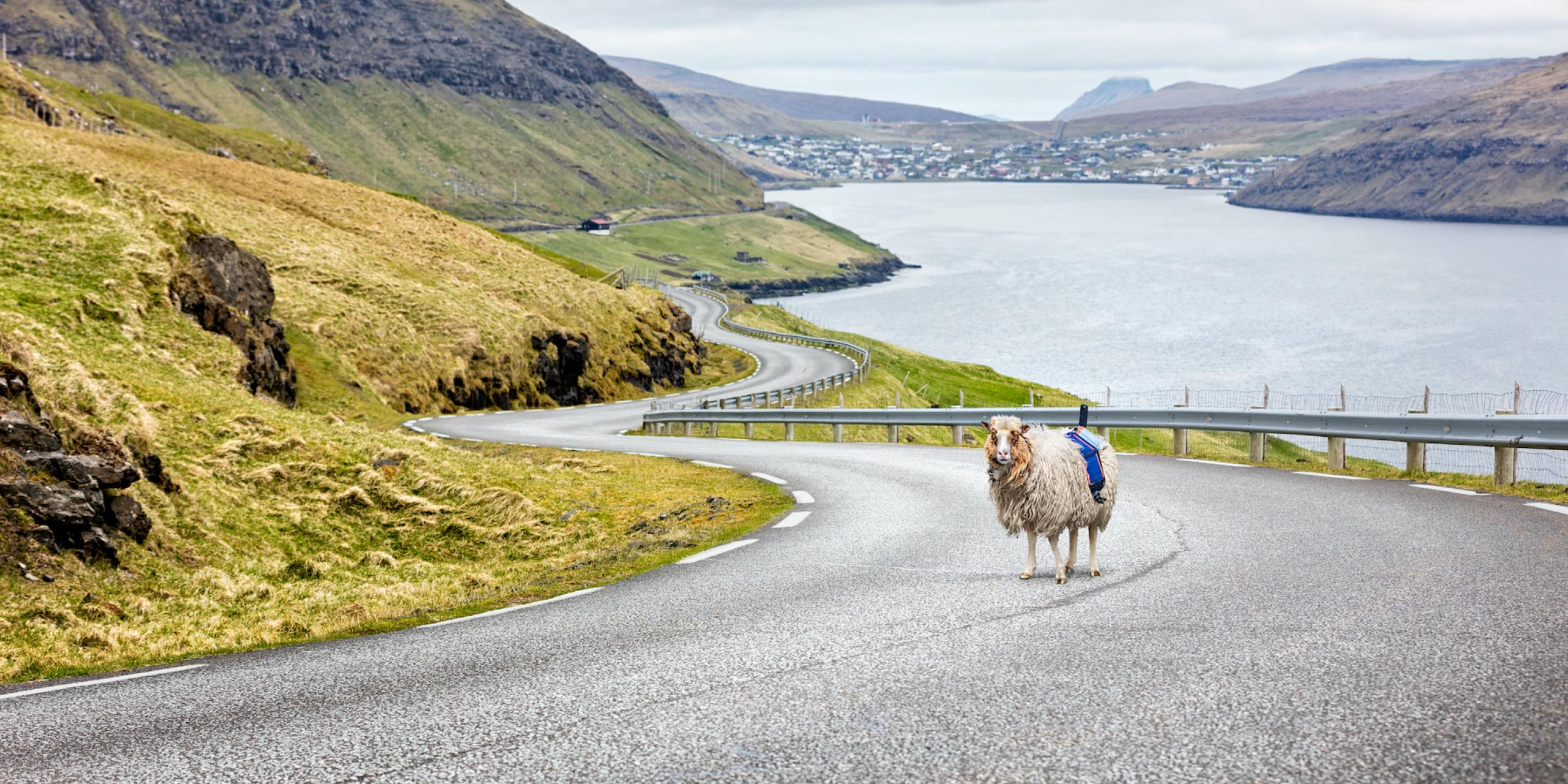 If you’re looking for someone to take you on a guided tour around the Faroe Islands, why not go with the obvious choice: a local… sheep? You probably heard of the mapping service Google Street View, but did you ever hear about Sheep View? Well, in 2016, the sheep living in the stunning landscape of the 18 Faroe Islands, placed in the North Atlantic Ocean, became world-famous after playing a crucial role in a pretty spectacular project. Here is the full story of how a group of sheep with solar-powered cameras on their backs boosted the tourism industry of a small island nation.

How do you get recognized when you feel overlooked by a giant like Google? You use whatever is available to you. In the case of the Faroe Islands: Sheep. In fact, the islands are inhabited by 70,000 sheep – meaning that the size of the sheep population is 20,000 inhabitants bigger than the human population. So, even if you feel trained in counting sheep (from trying to fall asleep at night), good luck counting all the Faroese ones. Apart from the sheep, the nation is known for its beautiful landscape: the green mountains, valleys, and the remarkable view of the ocean surrounding the islands. Showing the beauty of the Faroe Islands to the world was the motivation of the campaign, but doing so from the perspective of a sheep – literally – was a pretty new approach. The project was called ‘Sheep View 360’, and it is no exaggeration to say that the woolly, four-legged helpers revealed the beauty of the Faroe Islands to the world. Even though the initial goal was simply to get the island nation on Google Street View, it ended up being a trace of North… having spread to far corners of the world. Afterwards, it has even been referred to as – possibly – the most significant viral hit of the tourism industry.

Sheep view, ship view, skateboard view, or…
Not many years ago, the Faroe Islands were just a black dot on the map of Google Street View: a problem that had to be solved. And after some time, a handful of local initiators, including Visit Faroe Islands, got tired of waiting for Google to bring the famous Google Street View cars to town. So, they decided to take action. Their mission didn't exactly adopt a low-key approach… Instead, the global media filled with stories of Faroese sheep overnight. No less than 7,000 news stories were published in the period following the beginning of the project. Quite impressive, as the media budget of the campaign was non-existing. The media outlets that covered the story ranged from BBC to the Guardian and The Washington Post. In 2017, the campaign also won a Golden Lion award in the PR category at the Cannes Festival of Creativity.

But what was even the occasion of this massive media attention? Basically, Visit Faroe Islands decided to create their own version of Google Street View by equipping their local sheep with 360-degree-cameras. They called the project Sheep View 360. After seeing the media coverage and becoming aware of the project, Google decided to join in on the fun. The company supplied the Faroese initiators with camera equipment and even trained them in fastening and using the 360-degree-cameras. Furthermore, Google borrowed out cameras for residents and tourists to use when exploring the islands to help Google map the area. It started with Sheep View 360, but it ended up including pictures and videos from ship view, horse view, skateboard view, kayak view, and even wheelbarrow view. In this way, the traditional mapping by car adapted to the island nation's spirit, behavior, and landscape.

With a little help from a (Nordic) friend

Actually, certain other Nordic inhabitants have – indirectly – had a hand in the Sheep View 360 project, too. You see, it was actually two Danish brothers, Jens and Lars, who developed the initial idea for Google Maps in 2004. Later, they sold the idea to Google but continued to contribute to the development of the program as employees at Google. Today, more than a billion people use Google Maps every month, according to Google. The brothers’ idea for the platform made a lot of things possible. The technology enables you to explore new places, calculate time use, save your favorite spots, read and create reviews, and navigate in public transport anywhere. Last but not least, the function of Google Street View is part of Google Maps. Here, you can get an impression of cities, landscapes, and roads that is close-to-reality, without even leaving your comfort zone. Thereby, two Danes made a small contribution to the Sheep View project – completely unintended. And 12 years early.

The digital explorer of tomorrow

One could think that Google Street View including images from the Faroe Islands to their service would be the end of the story. Visit Faroe Islands and their collaborators finally succeed in sharing their beautiful country with the world. But instead, the campaign 'Sheep View 360' has set an example of how a national (branding) project can end up being, if not front-page stuff, then at least an entertaining contribution to the news agenda in faraway places. Furthermore, the Faroese inhabitants’ desire to be featured on Google Street View emphasizes digitalization. Technology like this makes it possible to get a virtual preview of a place before actually going there. In 2019, Google revealed how much of the planet they had been able to photograph. Back then, they covered 98% of the inhabited places of the world – but who knows what that number would be today?

Here’s to traces… and here’s to projects uniting nations across the globe – in even the most unexpected ways.