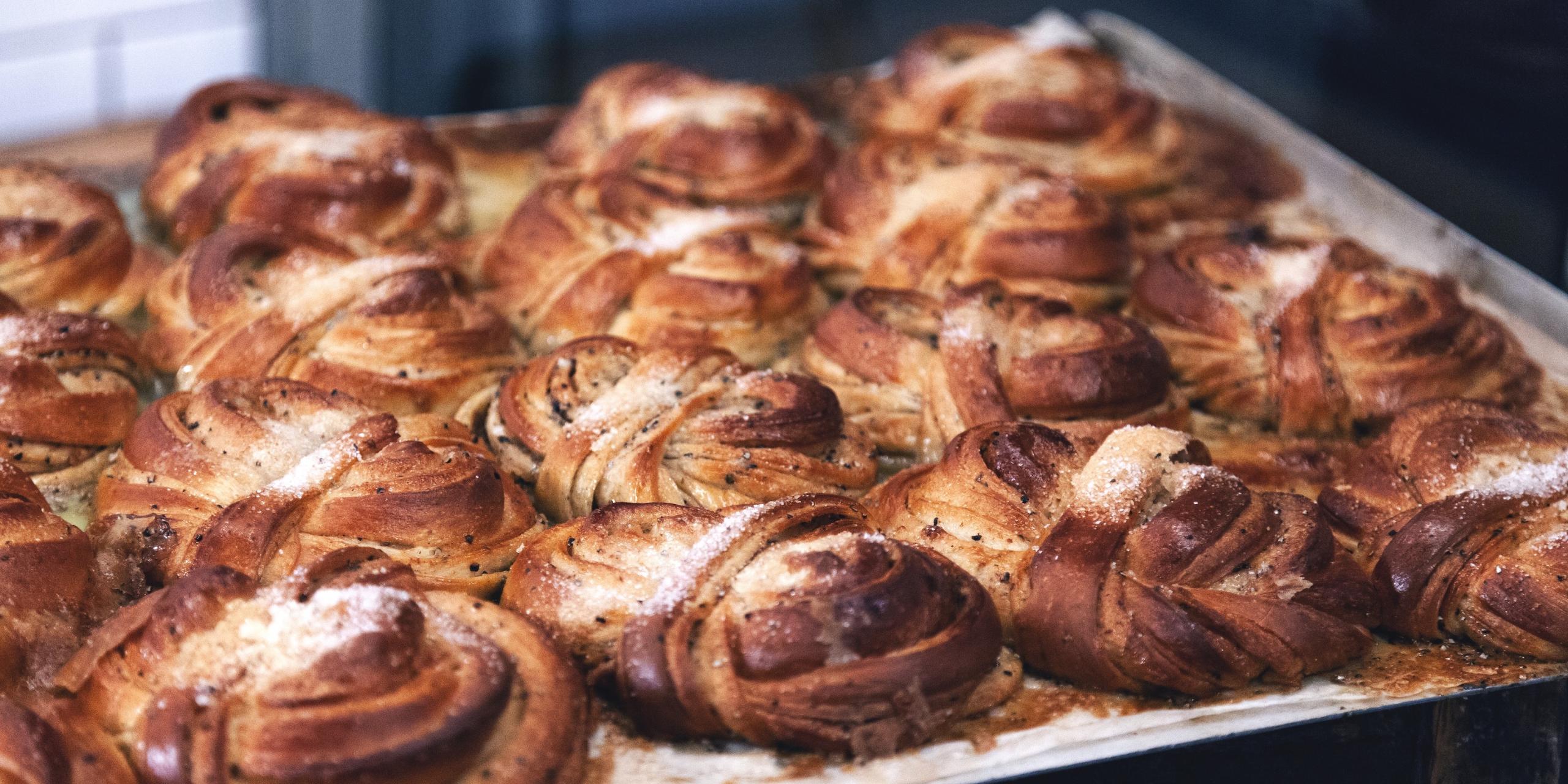 From Tokyo to Paris to New York and LA, the world has slowly but surely been enriched with small spots where soft butter, crispy crusts, and caramelized pastry rule and entice people from near and far. Nordic pastry has the world in the palm of its hand. Why? It tastes delicious, yes, but is there more to the story than butter, cinnamon, and cardamom – and is Nordic pastry, in fact, a way to improve life quality and achieve peace of mind?

Traced by:
Frederikke Qvist Matthiesen
Share this page on:

Have you ever been so smitten with a pastry that you felt the need to open a baking empire inspired by that specific pastry in your own country? The Japanese baker Shunsuke Takiki has. Since he tasted a piece of Danish pastry 60 years ago, he knew that he would have to start his own Nordic-inspired bakery one day. In 1962, he did. Takiki started selling Danish pastry out of ‘Takaki Bakery’, whereby Japanese customers were able to say konnichiwa to the Nordics in Tokyo.

Later, in 1967, Takaki opened the Danish-themed ‘Andersen Bakery’ in Hiroshima, and in 1982, he expanded with bread factories, baking franchises and stone oven bakeries in Hong Kong, Japan and the US. Today, Andersen sells bakery products from over 100 stores in USA and Japan, and in 2008, the first Andersen Bakery opened in Copenhagen, Denmark.

But Andersen is not the only Nordic-inspired bakery out there. In LA, a bakery called ‘Hygge’ sells traditional Danish pastries and treats. And the Danish bakery chain ‘Lagkagehuset’ – directly translated ‘The Layer Cake House’ and ‘Ole & Steen’ as it’s called abroad – has made its debut stateside, opening its very first line of bakeries in the Big Apple. This very moment, they deliver Nordic quality pastry to hungry New Yorkers running up and down Manhattan.

When I say ‘Nordic pastry’, you say…

For Nordic people, there is probably one word, in particular, that would come to mind if asked to describe the essence of Nordic pastry and the atmosphere surrounding it: ‘Hygge’. The word ‘hygge’ originated in Norway but is now primarily considered Danish. While there is no adequate English translation of the word (although the word ‘cosiness’ comes close), and it takes some research to learn how to pronounce it correctly, it is also more about a certain feeling and atmosphere rather than it is about doing one specific thing.

Hygge can be enhanced by the addition of a log fire, a good movie, a cup of something warm and a sweet treat. Even several books about ‘hygge’ have been written – and sold globally – with practical steps and tips on how to bring more hygge into your life: How to pick the right lighting, organise a hygge party and even how to build a hygge wardrobe. But what is it that attracts the Japanese and Americans towards a word that is difficult to pronounce and describes social interaction of a particularly high degree of cosiness? Perhaps Takanori Teshima, Head of International Business for Andersen Bakery, has an answer:

In Sweden, hygge goes hand in hand with the concept of ‘fika’. Fika is a Swedish word meaning something like ‘a coffee break with friends, often accompanied with pastries; a moment of quality time to appreciate the good things in life’. Swedes traditionally stop twice a day for fika: taking a much-needed break from the daily grind. People fika with family, colleagues, friends, children – and even go on fika dates. So, while a silent pastry revolution is taking place, it may be a question of much more than just deliciousness and taste. Maybe it’s hygge. Maybe it’s fika. Maybe it’s both? 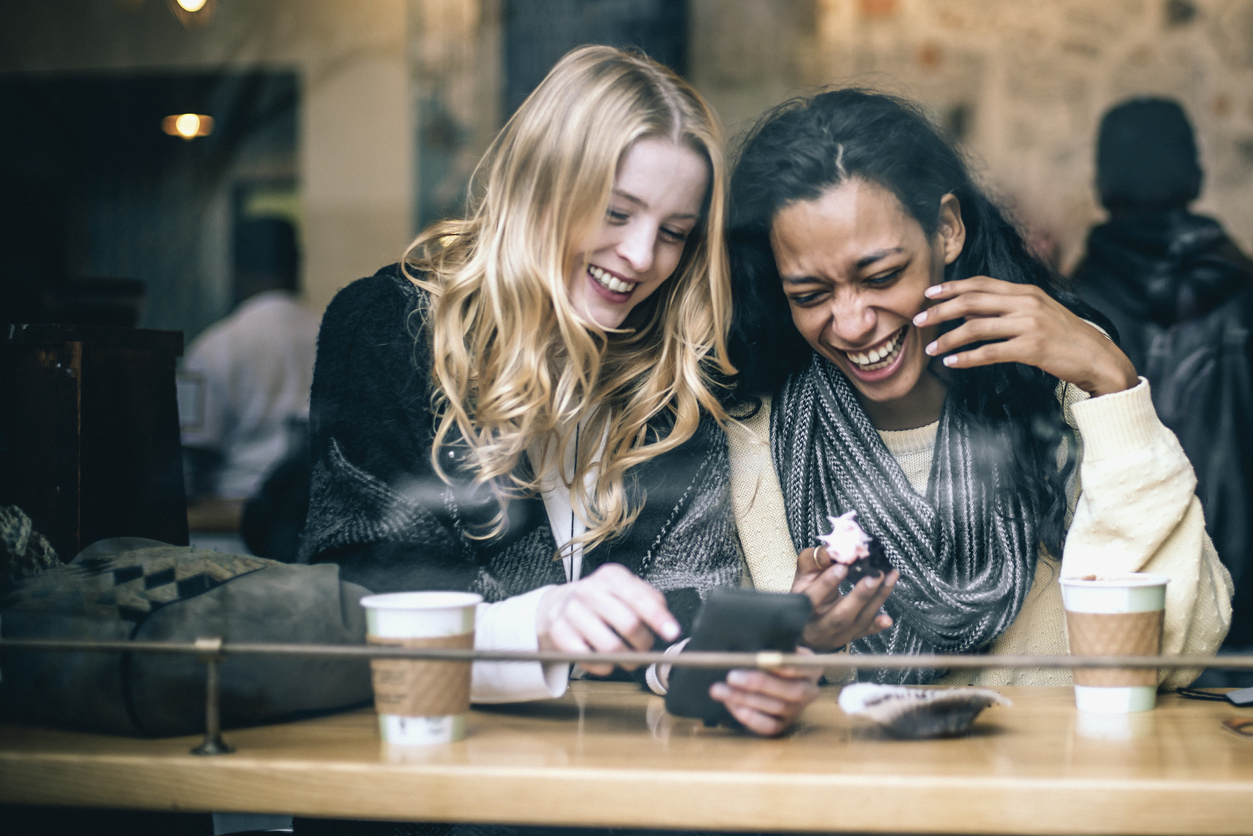 Have your pastry – and pause it, too

We’re ‘on the go’ a lot. All over the world. Spending huge amounts of our lives jobbing and thinking about the next task we’re going to solve. Average office productivity is closely tied to employee motivation and capability to focus. Focusing requires mental effort, and mental effort drains your energy reserves.

In Scandinavia, it is tradition to take a “fika” – to sit down with coffee, pastries and friends for a little pause during the workday. And in fact, taking frequent short breaks during work helps you stay motivated, boosts morale and lets you return to a task with increased productivity. In the long run, taking regular breaks every 30-60 minutes results in less stress and heightens satisfaction.

And the best thing? We all deserve good pastry accompanied by a break from the world now and then. So have it. The Nordic kind – or whatever kind you love the most.

And feel good about it. Just remember… to pause.