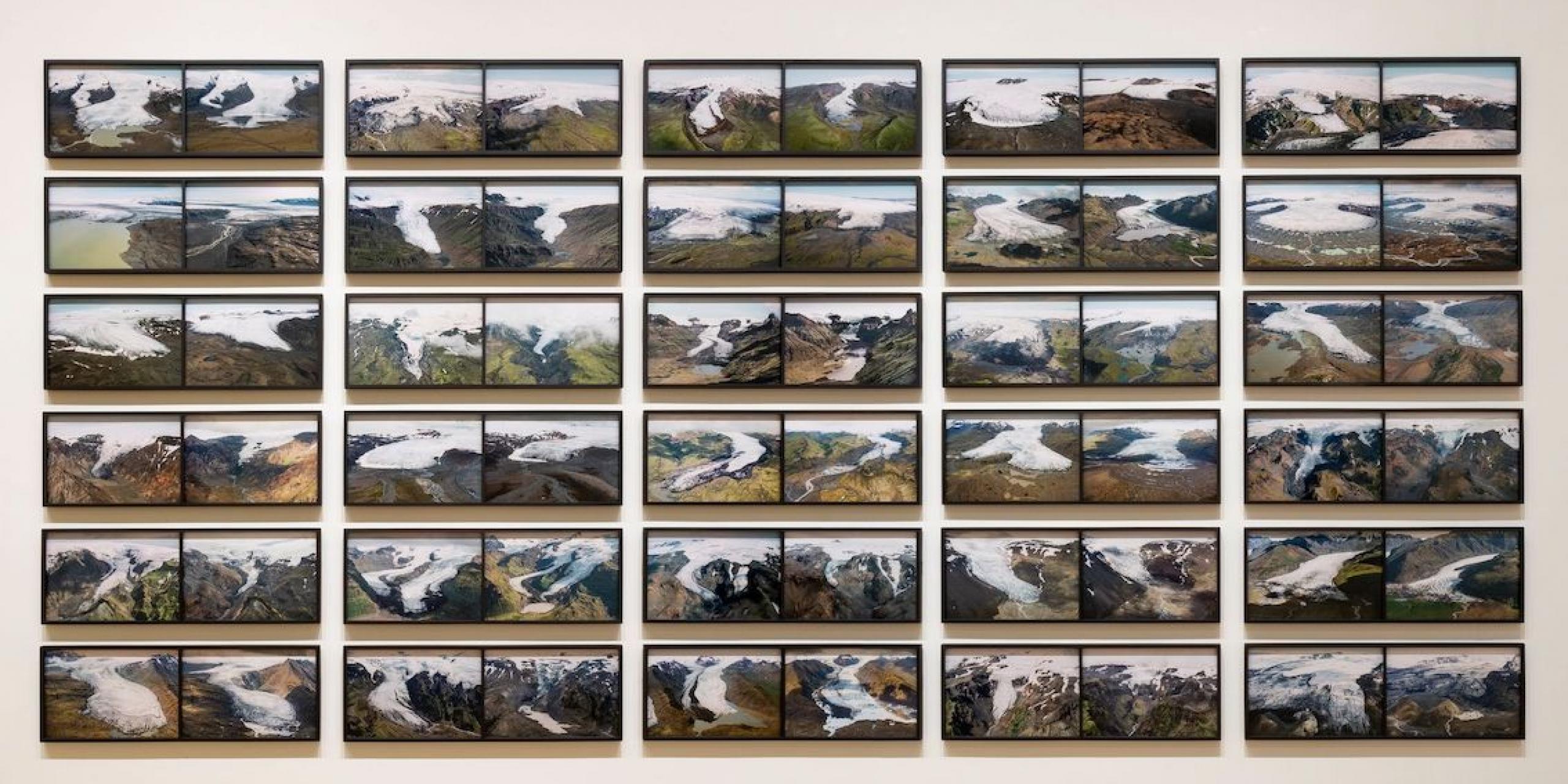 How do you connect beautiful art and the extreme consequences of the global climate crisis? Well, here is an example of how: You make the climate agenda the recurring motif of art projects. And not just by painting a rising sea level. No, it includes the entire process of making art, from having a nature awareness mindset when developing the initial idea to the execution of the physical expression, and, finally, the way the viewer experiences the given piece of art – here and now, right in front of them. The Danish-Icelandic artist Olafur Eliasson makes up an innovative example. Why? Read along.

What would you expect to get by combining the power of art and the power of making climate change tangible? The Danish-Icelandic artist Olafur Eliasson has repeatedly proved that the joined power of these concepts is strong enough to get global recognition, attract dedicated fans from around the world, and even reach the status of ‘critically acclaimed’. It wouldn't be an exaggeration to call what Olafur Eliasson started a movement. With a Berlin-based collective consisting of around 100 people, the Studio Olafur Eliasson sets the framework for experimentation, collaboration, and conversations across nationalities and professional competencies. The Olafur Eliasson Studio even holds a kitchen where all employees meet over a local and vegetarian meal four times a week. And as if that wasn't enough, the studio has been generous enough to share the recipes that foster the Studio's unique creative mindset in a cookbook.

Climate change: In sight, in mind

Over the past 20+ years, Eliasson has developed several world-renowned art projects with climate change as the primary focus – and in many forms, including sculptures, paintings, photography, and light installations. And even though there is a serious purpose behind the Studio's spectacular projects, there is no doubt that Eliasson's love for simplicity also makes them a delight to the eye of the spectator. Imagine a big, indoor sun hanging over your head, a miniature imitation of a waterfall or icebergs – all so simple and so close to nature’s own version, but still with a solid visual expression making a statement just by existing. But why is it that statements inculcated in art pieces are a step in the right direction?

"If we want to change something about the climate, it has to be explicit, it has to be physical. And that is the culture, isn't it? Culture is, for the most part, physical. They are the things that are out there in the world"

Olafur Eliasson explains in an episode ("Olafur Eliasson: The Design of Art") of the Netflix series "Abstract: The Art of Design”.

Eliasson is known for exploring the relationship between humans and the nature surrounding us. And in the actuality of global warming, it has become more crucial than ever to direct the focus to how the consequences of global warming look like 1:1 – only on a smaller scale, obviously. By shaping the changes, Eliasson can show the most beautiful and the most fragile parts of our earth at the same time. From an outside perspective, it seems that the artist has found the delicate balance between underlying the seriousness of acting on climate change and designing projects with a positive story.

Some of Olafur Eliasson's projects count the Weather Project from 2003, Green River from 1998, the Glacier Series from 1999, Ice Watch from 2014, and his latest project Earth Perspective, which launched in 2020 on the occasion of Earth Day.

In 2015, on the occasion of the COP21 Climate Conference in Paris, Eliasson brought huge blocks of melting icebergs to Paris all the way from Greenland. Together with the geologist Minik Rosing, Olafur Eliasson developed the idea behind the project Ice Watch, which was to give people in public spaces the opportunity to touch, listen to, smell, and have a closer look at the rapid pace of the environmental changes. By placing icebergs literally in front of people, Eliasson wanted to foster the viewer's feelings of proximity, presence, and relevance. He believes that the general disconnection to the climate crisis holds us back from acting on the issue. 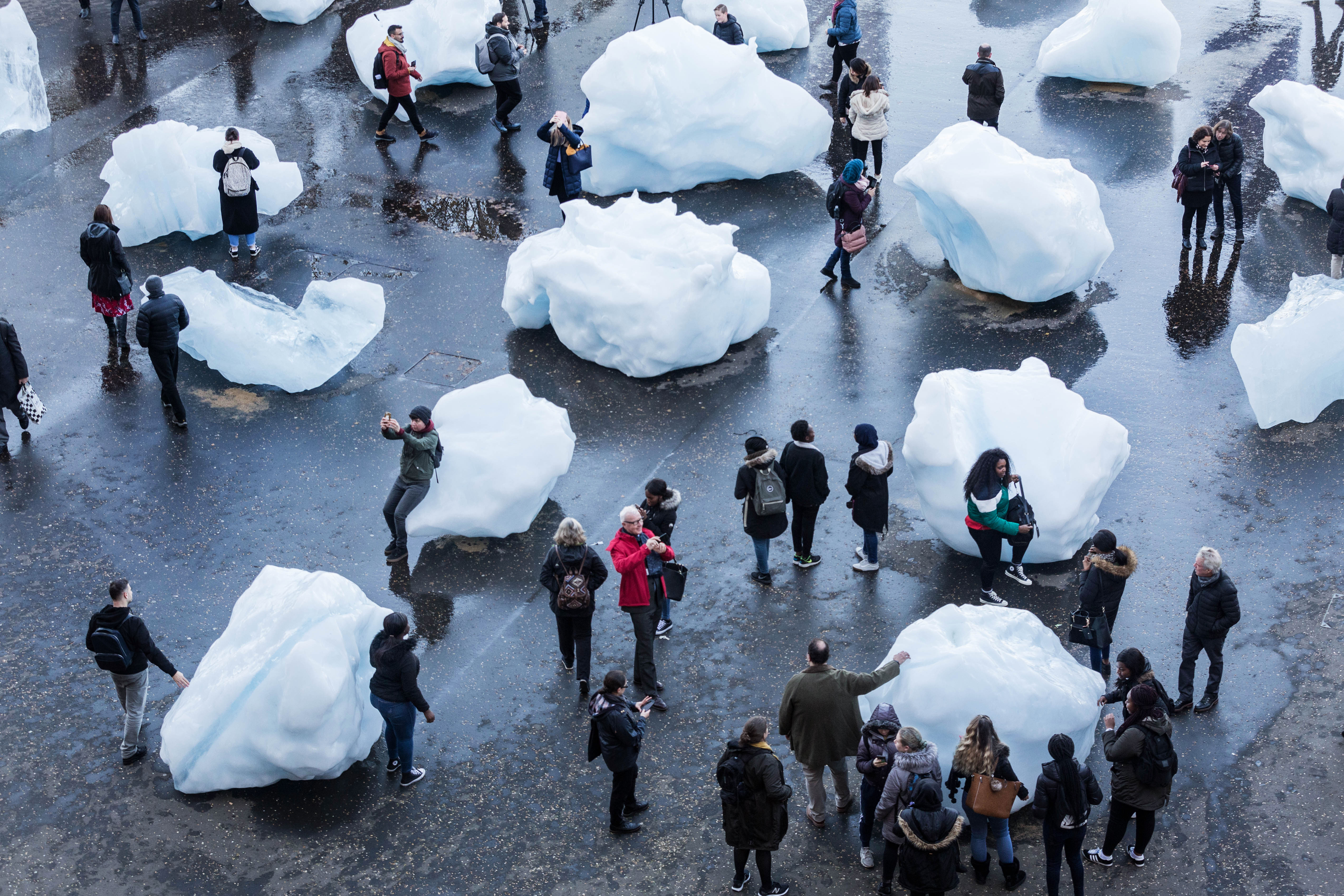 Another symbol of the installation is the arrangement. As the name indicates, the 12 icebergs are placed in the shape of a watch, silently communicating how the passing of time affects our climate. Allowing viewers to witness the ice melt in real-time.

The Ice Watch installation and several others of Olafur Eliasson's artworks have been placed in museums and public spaces worldwide, making the art accessible and relevant to society. Perhaps, one could even argue that the artist is nudging climate change awareness into people's minds through art? At least the special Eliasson-mindset has travelled from Tate Modern in London over the Guggenheim museum in Bilbao to the Modern Museum of Art in New York City – just to mention a few.

Even though Eliasson's art projects have travelled the world, locating the source of his inspiration is not that hard considering his early surroundings. He was born in Denmark in 1967 but spent most of his childhood in Iceland, where he was raised by Icelandic parents. 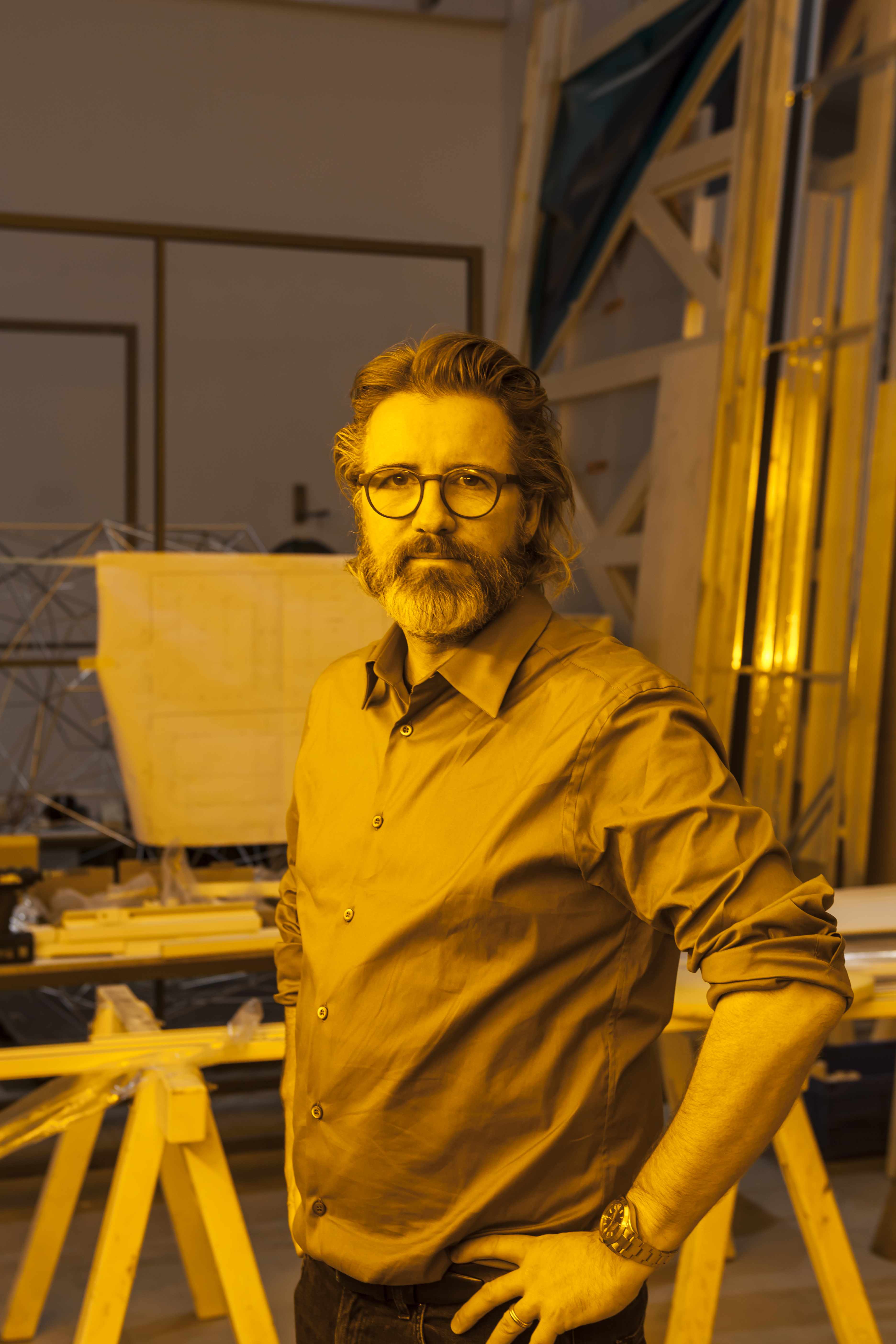 Then, in the late 1980s and early 1990s, Eliasson went to study at the Royal Danish Academy of Fine Arts in Copenhagen, where he experimented with light installations in particular. But even though Eliasson left Iceland to study and later moved to Berlin, it's easy to spot the fascination of Icelandic nature and its wilderness in the motifs of his work. In short, Olafur Eliasson has demonstrated – and will probably continue to – how an artist can use his/her artwork to raise awareness of global issues, in this case especially through the Nordic landscapes and weather concepts.

Olafur Eliasson hasn't only been acclaimed for his work by critics, viewers, and colleagues from the art world. The fashion magazine Vogue has called Eliasson an Artivist as he performs climate change activism in his artwork.

In 2019, Olafur Eliasson was appointed Goodwill Ambassador for climate action and the Sustainable Development Goals (SDGs) by the United Nations Development Programme (UNPD). In his work as an ambassador, he will continue to raise awareness and mobilize people – both individuals, institutions, businesses, and governments – to support the fight against the consequences of climate change. On the occasion of Eliasson's appointment ceremony, Ulrika Modeler, Director of the UNDP's Bureau for External Relations and Advocacy, underlined the appointment of Olafur Eliasson with the following words:

"Throughout his career as an accomplished and globally influential artist, Olafur has shown a strong commitment toward fighting climate change and increasing access to renewable energy."

As for now, we can continue to watch Eliasson's pieces from the past – pointing into the future, alarmingly – while imagining how coming crucial global issues will be addressed through his art.

And even more important: There is no doubt that Olafur Eliasson has set an example, demonstrating a new way of working as an artist. So, fingers crossed we’ll see even more artistic answers to climate change out there. Whether it shapes as music, art, food, books, or something fifth. Let’s have it. And let’s have them travel across our world. To inspire for a better one.